Andrew Simon is a historian of media, popular culture, and the modern Middle East. He holds a B.A. in Arabic, Middle East, and Islamic Studies from Duke University and was a fellow at the Center for Arabic Study Abroad in Cairo during the 2011 Egyptian Revolution. He received his Ph.D. from Cornell University and is currently serving as a Senior Lecturer at Dartmouth. Andrew is the modern history book review editor for the International Journal of Middle East Studies and his interdisciplinary research has received generous support from the Social Science Research Council and the American Research Center in Egypt. His work has been published in the International Journal of Middle East Studies and cited in the Washington Post. Andrew's new book, Media of the Masses: Cassette Culture in Modern Egypt (Stanford University Press 2022), shares the extraordinary story of an ordinary object.

Media of the Masses investigates the social life of an everyday technology – the cassette tape – to offer a multisensory history of modern Egypt. Over the 1970s and 1980s, cassettes became a ubiquitous presence in Egyptian homes and stores, and presented countless individuals with an opening to counter state-controlled Egyptian media. Drawing on a wide array of sources that were part of everyday life but rarely surface in state collections, this book provides a new entry point into understanding the past and popular culture. Cassettes and cassette players, it demonstrates, did not simply join other twentieth century mass media like records and radio; they were the media of the masses. Comprised of little more than magnetic reels in plastic cases, cassettes empowered an unprecedented number of people to create culture, circulate information, and challenge ruling regimes long before the internet entered our daily lives. Positioned at the productive crossroads of social history, cultural anthropology, and media and sound studies, Media of the Masses ultimately shows how the most ordinary things may yield the most surprising insights.

This academic year, Andrew will be offering a series of interdisciplinary courses that rely on a wide array of primary sources to inspire lively discussions, including: "Introduction to Middle Eastern Studies" (Winter 2023), a First-Year Seminar on "Steamships to Social Media: Technology in Middle East History" (Winter 2023), "Soundscapes of the Middle East" (Spring 2023), and "Introduction to the Modern Middle East and North Africa" (Spring 2023). In all of these classes, students will reconsider what they know about the Middle East, contemplate why the region's history matters, and explore what contributions they might make to Middle East historiography.

To date, Andrew has led multiple independent studies (MES 85), including "China and the Middle East," "Islam, Education, Renaissance," "Disability in the Middle East," and "French Identity, Arab Artists, and Cultural Politics." Additionally, he has advised three award-winning senior honors theses, covering everything from the politics of tourism in Palestine to Atatürk's enduring legacy in Izmir to cultural heritage and collective memory in Egypt. Going forward, he welcomes the opportunity to work closely with undergraduates on topics that pique their intellectual curiosity. Students interested in pursuing an independent study or senior honors thesis are encouraged to reach out. Andrew is a firm believer in student scholarship reaching a wider audience and has assisted students in publishing their original research on public platforms and in academic forums. Recently, one of his students won the Plotnick Prize for best research paper in Jewish Studies at Dartmouth. To learn more about one of Andrew's courses, "Soundscapes of the Middle East," check out this recent article in Dartmouth News. 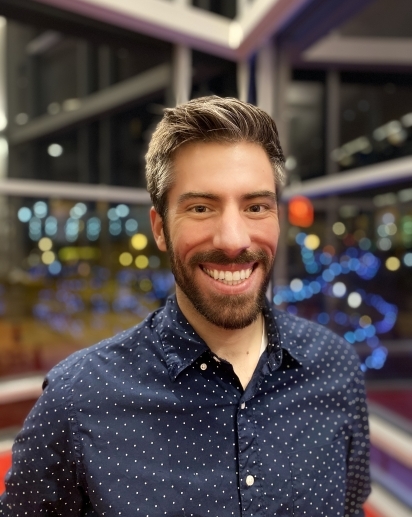