"The series aims to introduce innovative interdisciplinary research in the area between Arabic literature and poetics, literary theory and comparative literature." 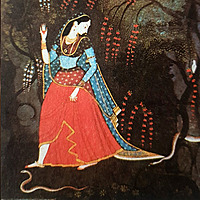 Huda J. Fakhreddine, “A Poem in Arabic, not an Arabic Poem.”

“Can there be an Arabic prose poem?” is a specific instantiation of the more universal question “Can there be a prose poem?” In Arabic, however, the question takes on added urgency because it threatens to transform the long-standing definition of Arabic poetry in a way that no other poetic form has previously. The Arabic poem prose has been described as an oxymoron, a non-genre, an anti-genre, a miracle, and also denigrated as a bastard form, a lack, a gap, a deformation, and even a conspiracy. This book examines this “new genre” as a poetic practice and as a critical lens which gave rise to a profound and contentious investigation into the definition of poetry, its limits, and its relation to its readers.

Huda J. Fakhreddine teaches Arabic literature at the University of Pennsylvania. She is the author of Metapoesis in the Arabic Tradition (Brill, 2015) and the co-translator of Lighthouse for the Drowning (BOA editions, 2017) and The Sky That Denied Me (University of Texas Press, 2020). Her translations of modern Arabic poems have appeared in Banipal, World Literature Today, Nimrod, ArabLit Quarterly, Asymptote, and Middle Eastern Literatures. Her book of creative non-fiction titled زمن صغير تحت شمس ثانية (A Small Time under a Different Sun) was published by Dar al-Nahda, Beirut in 2019. Her book The Arabic Prose Poem: Poetic Theory and Practice is forthcoming from Edinburgh University Press.

Free and open to the public.